- March 21, 2020
The Crude prices have plunged to 18-year low and shatter the dreams for the long traders and crush the rice bowl of physical players! Last week, WTI Crude touched the almost USD20 /barrel that has not been seen after March 2003. In this snippet, we shall reveal the story behind the bears.

In early March, Saudi MInister tried to negotiate with Russia for cutting the oil production after April for supporting the market prices. Unexpectedly, Russia disagreed to this proposal this time and refused to comply as the profit margin has reduced over years.

Since a decade ago, the largest oil producer has been U.S. in shale oil that becomes a real threat to the Crude producing countries. No matter how much supply cut has been introduced by OPEC members and Russia since 2016, prices have been dropping and unable to compete with the rising output of U.S. exporters.

After the weekend of rift between Saudi and Russia, the first party has announced the intention to increase production to 13 million barrel daily instead, in order to commence the red ocean strategy. On 9 March Monday, WTI Crude opened below USD40 /barrel and plunged to USD32 /barrel level. Today, after and within another 2 weeks, the market has broken below the USD25 /barrel support created in January 2016.

Looking forward, we are pessimistic in the Crude prices and the price fall will begin to trigger a global recession in 2020. At such low prices, other countries like Russia, U.S., Iran and smaller OPEC members will start to utilise their reserves as the market prices do not justify the cost of new production. Nevertheless, the world will come to a shortage in a year's time when all countries dry up their reserve volume.

That's exactly what the Saudi is staking on the bet! By then, oil prices will begin to reverse when all countries start to purchase oil from Saudi instead of incurring a loss in new production. So our question here is how low the WTI Crude prices can go down to, and how high can it recover in 12 months' time?

In our opinion, the WTI Crude prices will hover around USD20 barrel for many months with potential low supporting at USD18 /barrel. Upon eventual recovery, we presume the topside will not exceed USD23 /barrel in order to deter the competition from other producers in the rivalry!

Be cautious in trading Crude market and prevent from getting caught in losing position. There will be various swings in trapping the zealous traders who aim to long now. Good luck. 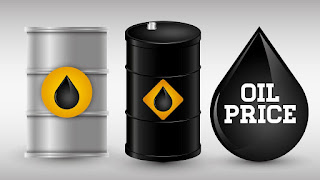