WarnerMedia's decision to stream all of its 17 movies next year on HBO Max at the same time they are released to theaters will boost subscriber numbers for the fledgling operation, a Citigroup analyst said.

Hollywood has been hit from all sides of the pandemic. Production halted for months, and new theatrical releases were delayed because of widespread public-health mandates shutting businesses and reducing occupancy when they reopened. At the same time, demand for more at-home entertainment options has soared.

With theaters still closed in crucial markets such as New York and Los Angeles, Warner said it was moving to streaming because it didn't see conditions brightening much next year.

A successful vaccine might return things to normal more quickly, but that is a gamble Warner isn't taking.

"We know new content is the lifeblood of theatrical exhibition, but we have to balance this with the reality that most theaters in the U.S. will likely operate at reduced capacity throughout 2021," Ann Sarnoff, chairwoman and chief executive officer of WarnerMedia Studios and Networks group, said last week.

It isn't clear whether theater chain operators will be compensated for Warner's decision, but the move to simultaneous streaming means the studio can release 17 movies next year rather than push back premiere dates into 2022, Citi's Michael Rollins said.

"We view the strategy as a net positive given the opportunity to accelerate subscriber growth and use of the HBO Max platform for what should amount to a reasonable investment cost," Rollins said in a note on Friday.

Warner rolled out HBO Max in May, intending to build it around HBO content. The company had lofty ambitions for the project, including 50 million subscribers -- at about $15 a month -- by 2025. Netflix (NFLX) subscriptions are less than that -- about $13 -- as are Disney's (DIS) Disney+, about $7.

Of course, the downside is HBO Max sees a surge in subscriptions only for them to vanish after 2021 is over and the studio goes back to releasing movies in theaters first, then to streaming after.

"The risk is that HBO Max boosts customers in 2021 and then loses momentum thereafter if Max subscribers don't receive the same access to tentpole films during the initial release window," Rollins said.

"However, we believe the potential for AT&T to scale subscriptions more quickly for HBO Max in 2021 can create a positive virtuous cycle through which the purchasing power for content and its distribution options for WB content both expand in 2022."

Write to Liz Moyer at liz.moyer@wsj.com 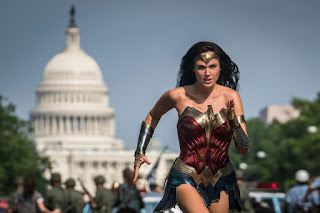