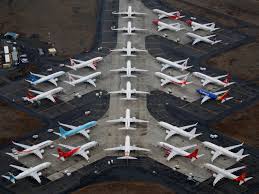 Bipartisan support for the provisions, which had appeared stalled in recent weeks, sets the stage for the most sweeping changes in decades of how the Federal Aviation Administration assesses and approves new airliner models. Rolling the bill into the $1.4 trillion funding package, expected to win House and Senate passage, eliminates opportunities for debate or amendments.

Hammered out by lawmakers to respond to public anger over the 737 MAX tragedies, the final language gives the FAA substantially more authority to oversee technical details and reject company engineering decisions.

The legislation also empowers FAA leaders to individually vet industry officials designated to act on behalf of the agency in safety matters. Currently, companies choose such so-called designees with limited FAA input. And it authorizes fines and other penalties if company supervisors exert undue pressure on engineers to meet cost or schedule targets.

Other provisions establish new protections for whistleblowers and provide increased funding to enhance the agency's expertise, particularly in assessing how pilots react to malfunctions of automated cockpit systems.

Regulatory loopholes, lax FAA oversight and poor communication between Boeing and FAA managers were all cited by outside reports as factors leading to a flawed flight-control system that resulted in the dual crashes.

Taken together, the provisions aim to revamp but not scuttle the decades-old tradition of industry experts verifying the safety of their own companies' designs. The package, though, stops short of more sweeping proposals that would have effectively limited the number of years in which plane makers could continue developing new variants of old airliner designs.

For the first time, the FAA will be mandated to solicit views from outside experts about the safety culture at Boeing, which the bill singles out for such scrutiny. In addition, the FAA will have to include a broader range of pilots in the process of testing and assessing new aircraft, including airline pilots with varying levels of experience.

The FAA already has voluntarily implemented some of those changes. They include moves intended to improve communication among FAA offices; provide enhanced protection for FAA employees subject to undue industry pressure; and ensure crucial safety data is promptly and widely distributed throughout the agency.

Boeing and the FAA didn't have immediate comments.

Some of the provisions appear to specifically target Boeing, which Democrats on the House Transportation Committee previously concluded withheld important safety details about the MAX's design from regulators and pilots. One section of the bill establishes a financial penalty if a plane maker fails to include information in pilot manuals about dangers of automated flight-control systems that could pose hazardous or catastrophic results if they malfunction or misfire.

Such issues were at the heart of Boeing's MAX crisis, which resulted in global grounding of the fleet for some 20 months.

One of the most far-reaching changes calls for the FAA to convene a team of federal experts, including some from the Air Force and the National Aeronautics and Space Administration, at the outset of its review of novel plane designs.

There would also be a two-year "cooling-off period" for former FAA officials who shift to industry jobs. During that period, they wouldn't be able to represent their new employers in dealings with former co-workers.

Write to Andy Pasztor at andy.pasztor@wsj.com